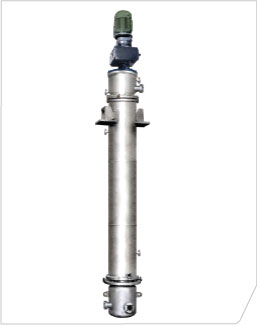 Liquid–liquid extraction also known as solvent extraction and partitioning, is a method to separate compounds based on their relative solubilities in two different immiscible liquids, usually water and an organic solvent. It is an extraction of a substance from one liquid into another liquid phase.

Liquid–liquid extraction is a basic technique in chemical laboratories, where it is performed using a variety of apparatus, from separatory funnels to countercurrent distribution equipment.

Liquid–liquid extraction is possible in non-aqueous systems: In a system consisting of a molten metal in contact with molten salts, metals can be extracted from one phase to the other. This is related to a mercury electrode where a metal can be reduced, the metal will often then dissolve in the mercury to form an amalgam that modifies its electrochemistry greatly. For example, it is possible for sodium cations to be reduced at a mercury cathode to form sodium amalgam, while at an inert electrode (such as platinum) the sodium cations are not reduced. Instead, water is reduced to hydrogen.